Two weeks ago, Noorah featured me in her weekly London Real Tribe Talk. Here, I put out the "director's cut" of that interview with all answers as I wrote them on 08.12.2015. 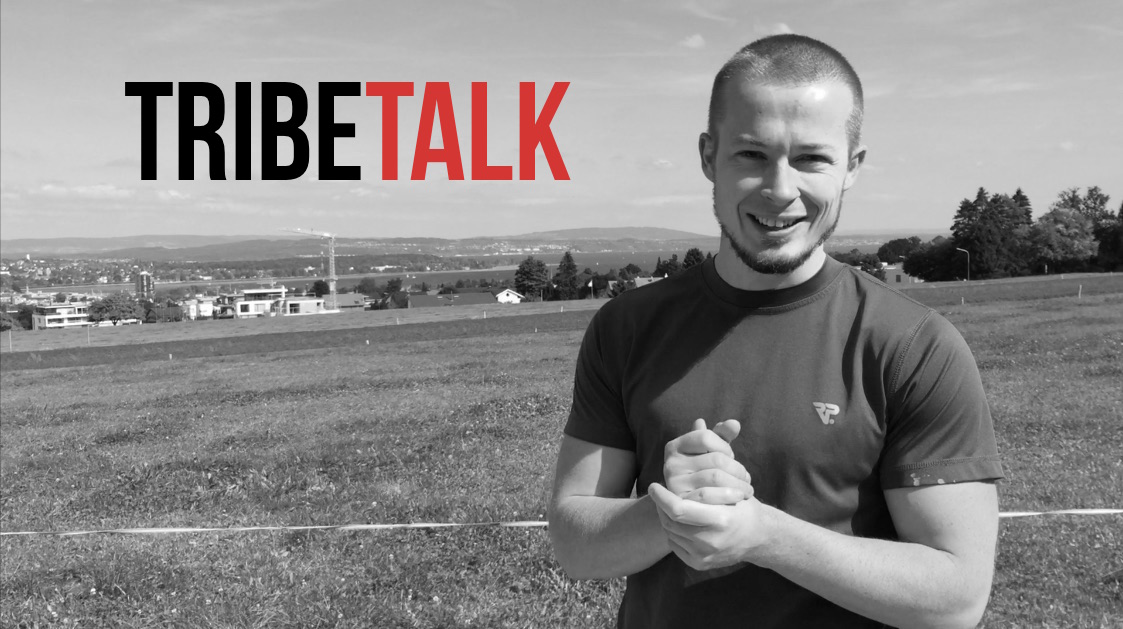 This is for all who support me on my journey and are curious about the background story of Flowtoolz.

I thought I better get this out of the way before it gets overshadowed by the awesome things that are about to happen here. Stay tuned!

... Oh, in case you're not just grinding: Merry Christmas ;)

1) Tell us about yourself and what do you do?

2) How did you get involved with your latest LR Apple TV App project?

I was still an iOS software engineer at HolidayCheck and watched the Apple keynote with my colleagues. Seeing a new Apple platform (and the iPad Pro) being announced made me restless 'cause I knew I couldn't create anything for these exciting devices at my day job.

Then in beginning of October, I started to build a prototype for London Real, and 2 weeks later I presented the idea to Brian and Dre.

3) Can you share a little more about the London Real Apple TV App and the concept behind it?

It was obvious to me that Londonreal.tv and Apple TV would get married at some point :) The question was: How can the app add value to London Real as soon as possible?

So what we're aiming at is to bring the London Real content and philosophy to people who may never have heard of London Real before. The first release will focus exclusively on streaming the latest full episodes to the living rooms around the world.

The interface structure is clean and simple. Still it took a lot of work to customize its style and animations in order to fortify London Real as a brand.

4) What features can we expect to see from the London Real Apple TV App and how will it change the way we access LR?

So let's be honest: The app is certainly a more pleasing way to watch London Real episodes than the website. It's for the TV after all. But, as of now, its target audience are actually not hardcore London Realers who frequently visit the website anyway. The name of the game is turning casual viewers into London Realers :)

However, there's also a distinct new feature: If you're proud owner of a new Apple TV, you'll be able to navigate London Real episodes through an interactive table of contents. That means you can see and play the topics of an episode like songs of a music album.

5) How did you organise your work schedule around the LR project?

Until a few days ago, this was a side project. I worked on it in the mornings and evenings and (don't tell anyone) sometimes on my job. At the end of October, I took a week off to focus on the app full time. I'm a Tim Ferriss fan, but that week was a 90 hour work week and pure bliss :D

I realized this is ultimately the only way I want to work: deeply engaged, applying a diverse skill set, passionate about the outcome. So I quit my job.

6) What job were you in and why did you quit?

I was just 5 months into a well paying job as an iOS software engineer in a great team. I quit so I could build a business and ultimately bring some of my own ideas to life.

7) What is your core value in business and life?

I'm a bit embarrassed 'cause I can answer that with the precision of an engineer ;)

I could certainly go into a 3 hour discussion about what these mean to me, but I won't :D

8) How long have you been watching London Real for?

9) Why did you join the London Real Academy?

I had been waiting for something like this since I became a fan. The specific palette of guests you host resonated deeply with me. I wanted to connect to like-minded people and be part of a great movement from its beginning.

10) What one feature do you benefit from most in the Academy and why?

The biggest benefit for me is my accountability buddy Gabriele. We take accountability quite seriously and have helped each other significantly on our journeys.

Bringing people together who share this "growth mindset" is such a simple idea. But to me it's the core USP of the Academy.

11) How do you hold yourself accountable? Do you and Gabriele have an accountability plan?

We basically do 3 things:
1) We log what we're doing every minute of each day live in a shared online spreadsheet. We also track our habits there.
2) We share several Trello boards, so we can observe exactly what progress the other one is making on different projects.
3) We catch up every Sunday on Skype. And that is definitely the most fun part :)

Build the Best You

12) What experience most shapes who you are?

Let me ignore the deep psychological dimension of the question and, instead, summarise what I learned the painful way:

Not doing what you love gets you nowhere. Doing everything you love at once (and timidly) gets you depressed.

The reason I'm practicing focus and mindfulness is my wild spinning mind and its many different interests :)

To those academy members training their idea muscles and starting IT related businesses: I will help you break down what the MVP of your mobile or TV app should be and how much effort it would take to get it published. Of course, I can build it as well ;)

I'm also looking for online marketers, backend developers and all-round talents who would do gigs for certain projects.

14) What advice would you offer members trying to get an app or product to the market?

Practice letting go by focusing on one core feature that provides value to your customer. Ignore all other features. Wow, that actually sounds so simple :D

15) How do you cultivate knowledge from LR content and from networking with the community?

I wrote this in a blog post: "Knowledge as an abstract quality of the mind is worthless. Only as an embodied capability does it serve us."

If I don't see an actionable task within a bit of information, I don't do anything. But if I do, I'll create or edit the appropriate task in Trello. And trust me: Many of those tasks are inspired by London Real :)

Right now the app has zero users, so we haven't achieved anything with it. The only thing on my mind is the release and subsequent promotion. We'll inform you about the #londonrealapp thunderclap when Apple has approved the app to go live.

In the meantime, London Realers may read about the whole development process of the app on the blog.

Thanks for all the encouraging feedback! I'm really joyfully overwhelmed and humbled by the support of this warm-hearted positive community :)