Before we go into details, watch this video to see how the app looks right now:

I'm grateful Dre granted me access to the crown jewels of London Real: the London Real Vimeo account. This enabled me to clean up the data on which the app relies.

Condensing and uploading 19 episode descriptions was a tedious task. But I'm happy I could do this for the app.

I also could fix five guest images. Now everything looks cleaner and more consistent. You gotta trust me on this as I haven't demonstrated the inconsistencies ;) 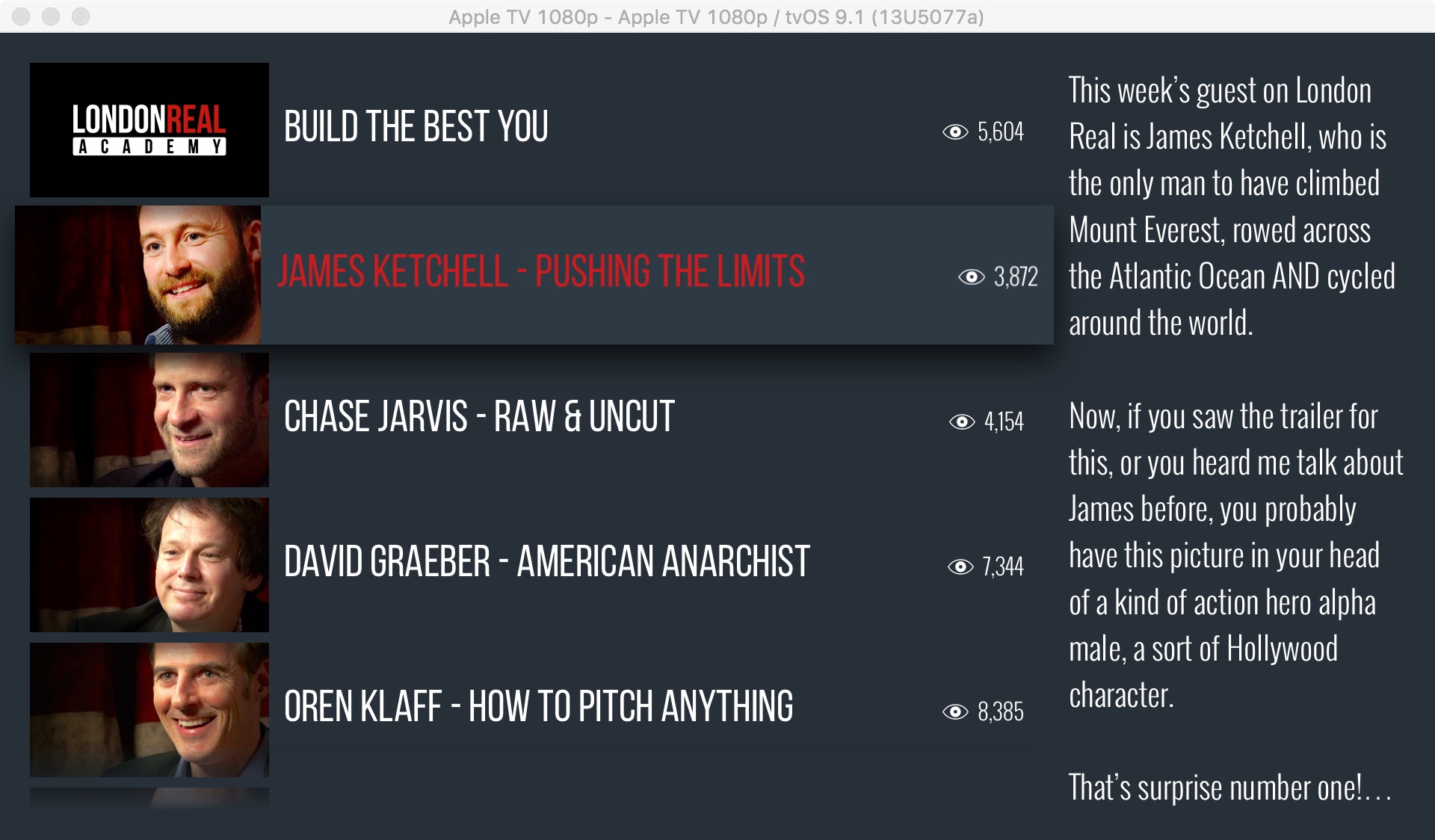 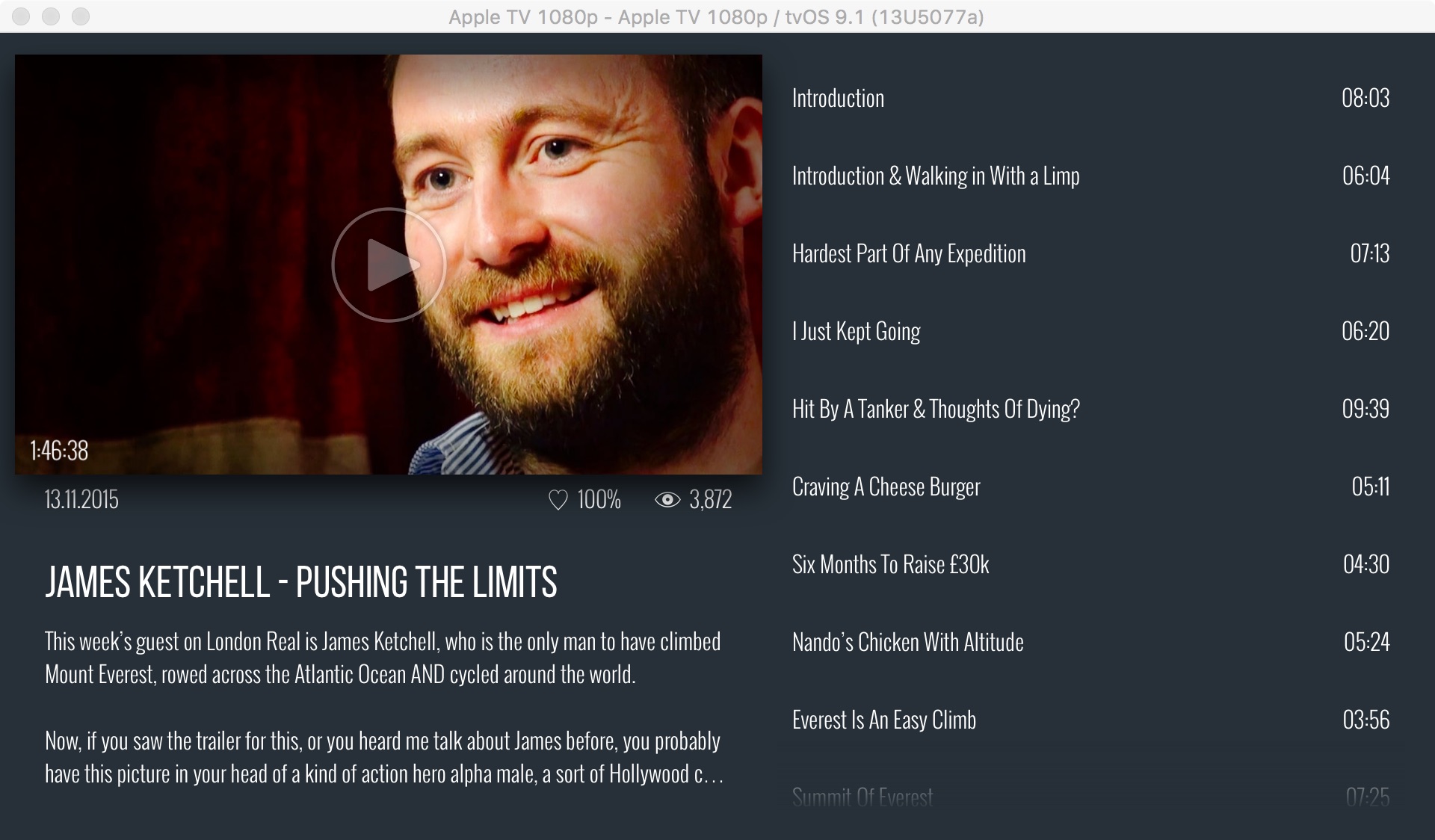 Until a few days ago, I only ran the app on a simulator on my MacBook Pro. Getting it to run on my Apple TV device didn't work as straight forward as one may expect. When it finally did, I certainly felt a sense of achievement ;) And I can tell you everything feels and performs great on the real Apple TV :)

I learned that testing the app on the simulator already reveals 98% of the problems. Running it on the Apple TV revealed just one tiny issue.

The Apple TV seems to be slower at loading images. The placeholder for the guest images in the episode list where visible much more frequently than when I run the app on the simulator. We now load much smaller images for these thumbnails and that solved the issue.

Most fixes were bug fixes or technical ones and certainly not worth writing about. But two more are easy to explain from a user perspective...

The user can now scroll the episode description text when he reads it in fullscreen. That means the only length limit we need to worry about is the one imposed by Vimeo.

The app loads the latest episodes whenever it becomes active. That means, when the user 'opens' the app, he sees all online episodes, even those that were uploaded to Vimeo just a minute ago.

The app doesn't necessarily lose its data when it is in the background. Most of the time, it has all episodes available from the last time it was active. When this is the case, the app now silently updates the videos in the background instead of showing a loading indicator and letting the user wait until everything has been reloaded. That's a crucial improvement if you ask me.

I'm preparing a landing page for the app itself: www.flowtoolz.com/londonrealapp. A simple memorable URL might come in handy when we'll ask academy members to help promote the app.

Not only should we do a thunderclap on twitter, we should also leverage the network that Brian has built through his London Real guests. Imagine each guest who is featured in the app retweeting about the app release, thereby amplifying the thunder. A man can dream...

So this is the current state. Most remaining steps towards release are about marketing: 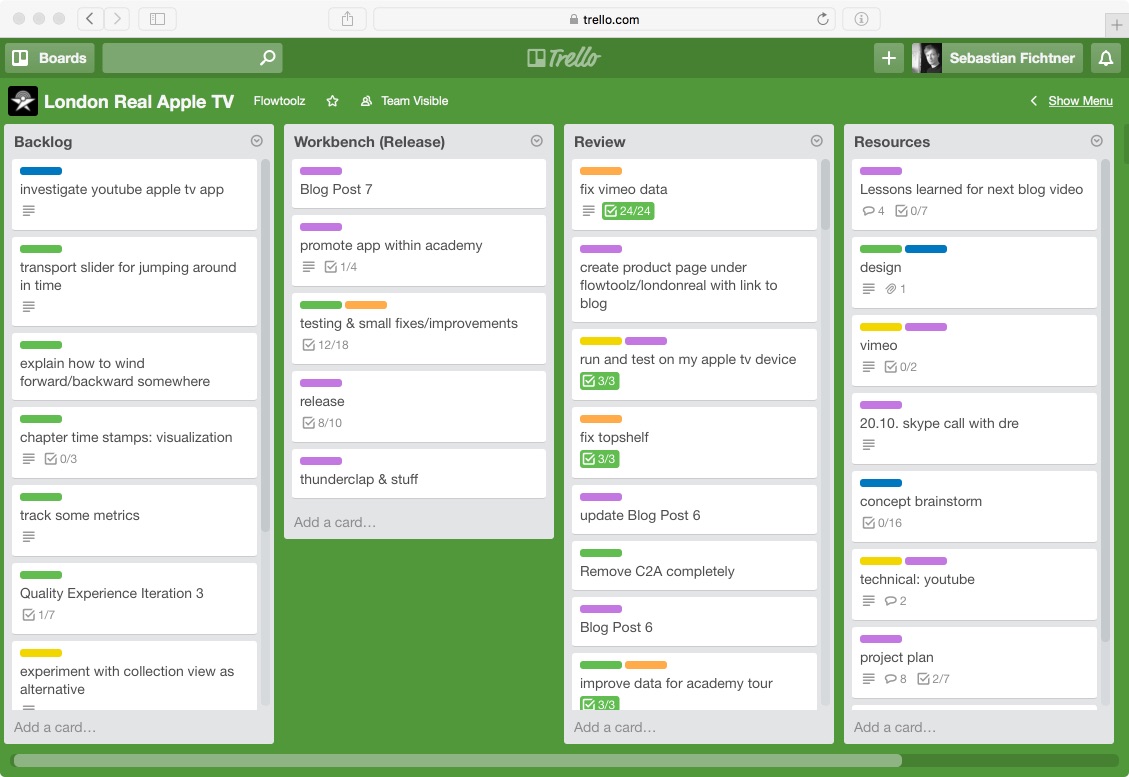