You'll get to see a video towards the end of this post, so bear with me ;)

The most visible update to the episode list is the academy banner. The user can focus it like any other focusable element in the app. The Select/Play button opens/plays the academy tour video: 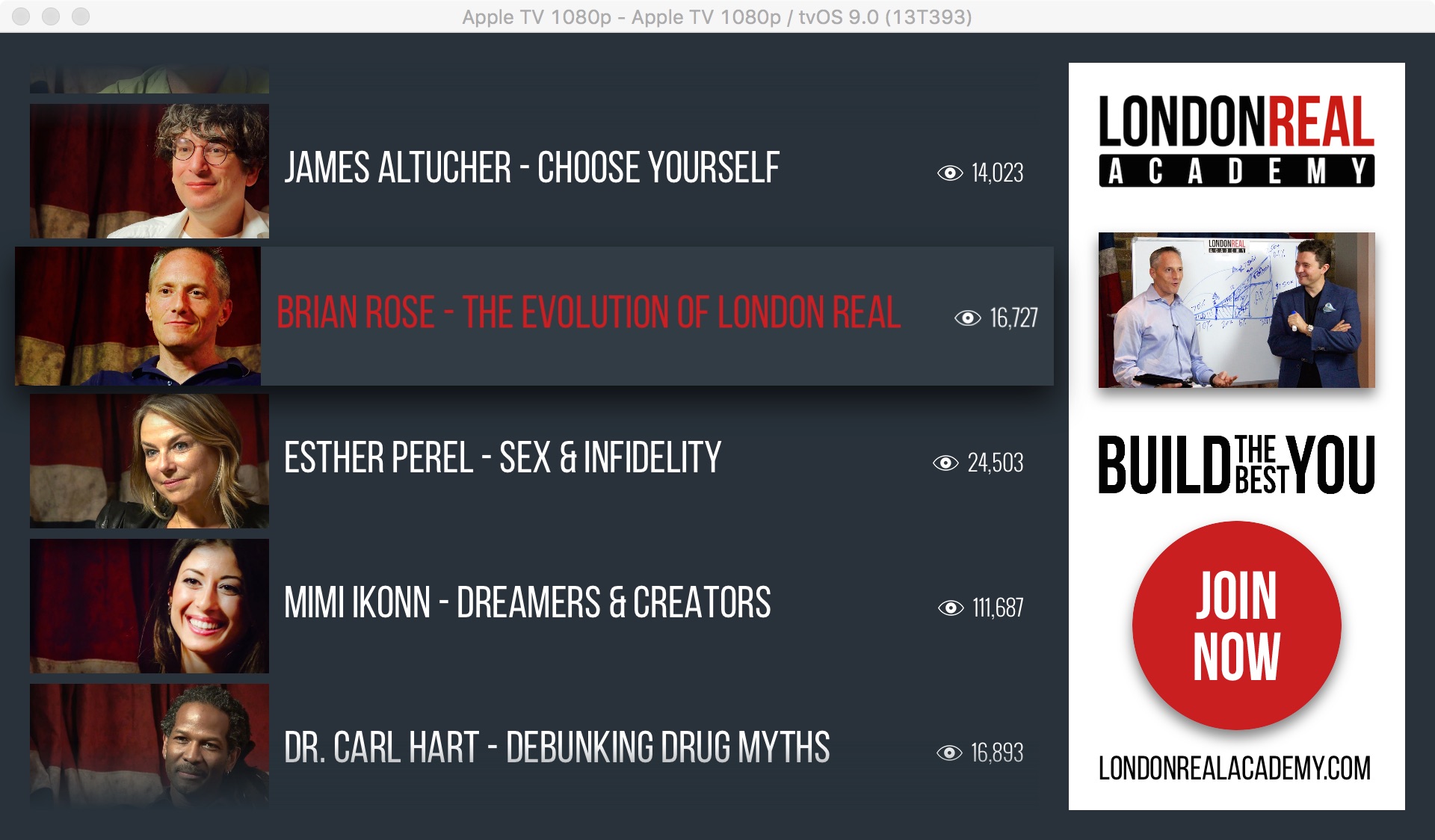 The new episode info page contains a table of contents: 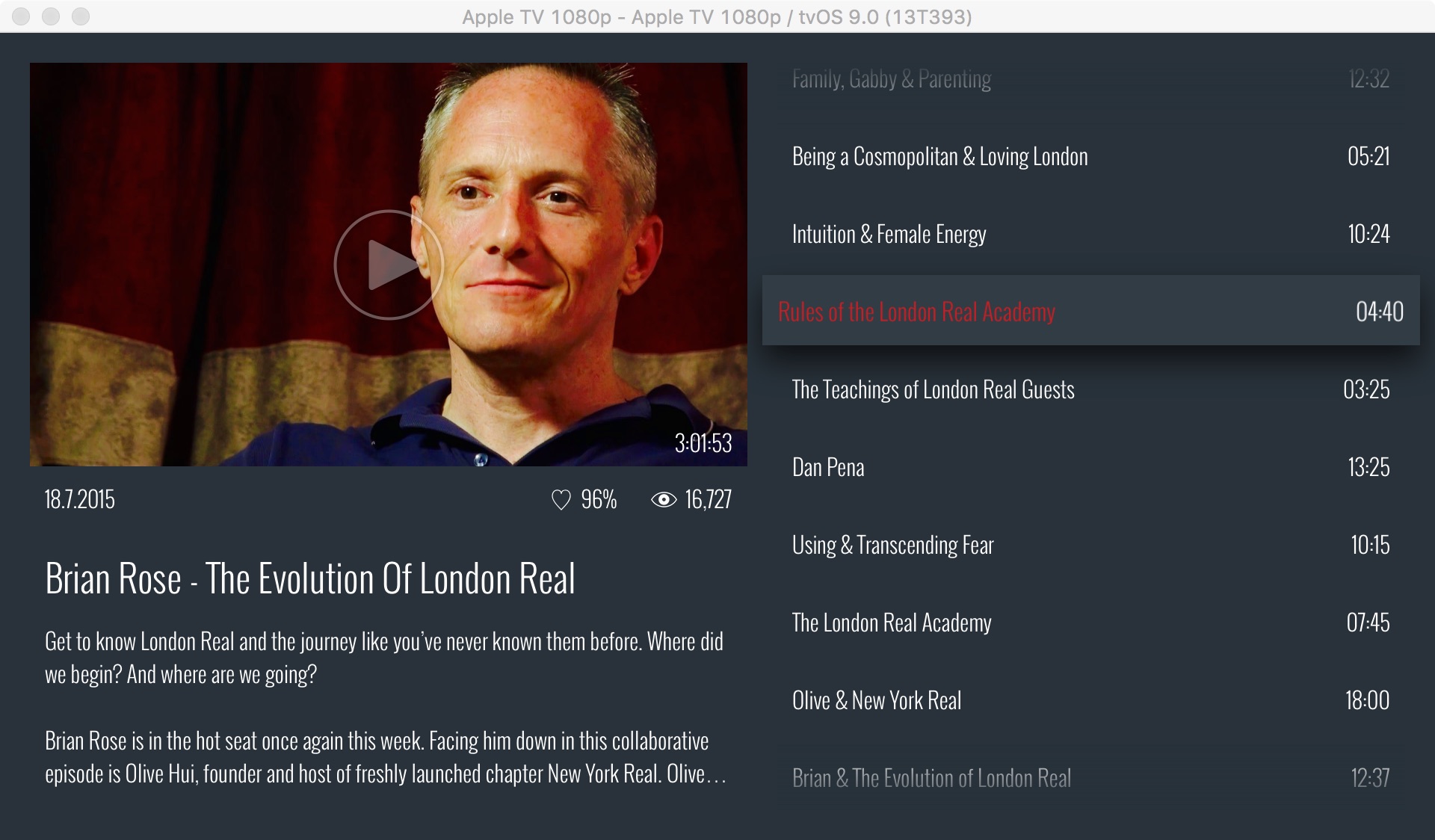 Statistics look cleaner due to new icons, new layout and merging likes and dislikes into a percentage. The video view shows the guest image and a play symbol until the user starts playing.

I refer to this MVP not this one, but both come out fast and drop jaws :D

What is the best minimum feature set for the app? That depends on its purpose. The current feature set aims to attract viewers to the academy.

What is necessary for the app to be viable? It must create the same quality experience and trust that other outputs of the London Real brand convey. Any subtle quirk would harm that. Therefore, much of this week's work manifests in details, animations and edge cases.

One important edge case that the app must handle is slow or absent internet access. This is partly about efficiency but mostly about feedback. The user needs to know what's going on when the app loads or can't load data.

When the app starts, it loads information about the latest episodes. Should the Apple TV be offline, we offer the user to restart loading: 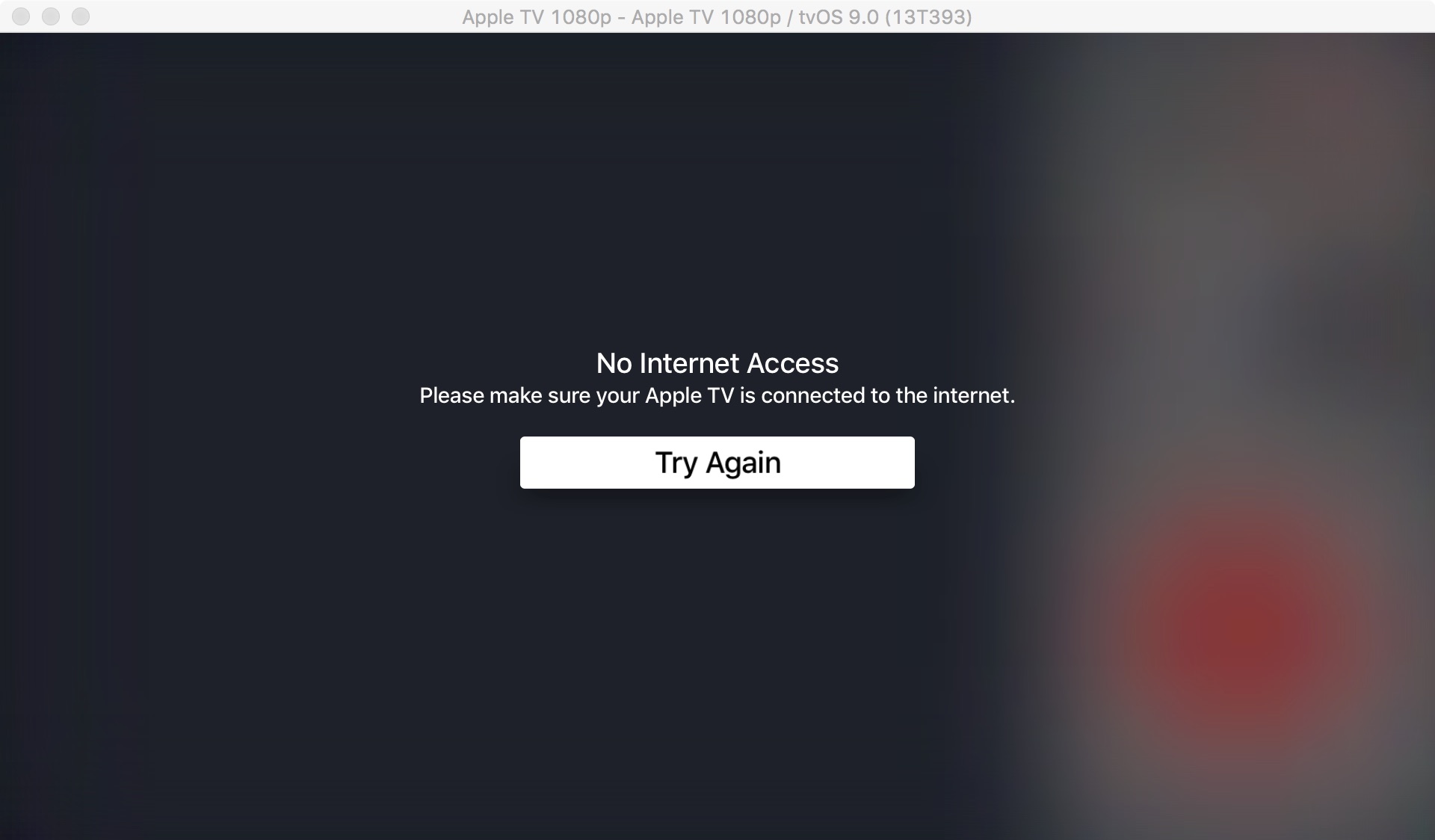 When the episode infos are loaded, the app doesn't wait for all the guest images to be downloaded but shows the episode list immediately. Then it updates the images one by one as the data arrives.

Until the data is available the app shows a placeholder for the guest image. Normally, the user doesn't even see a single placeholder: 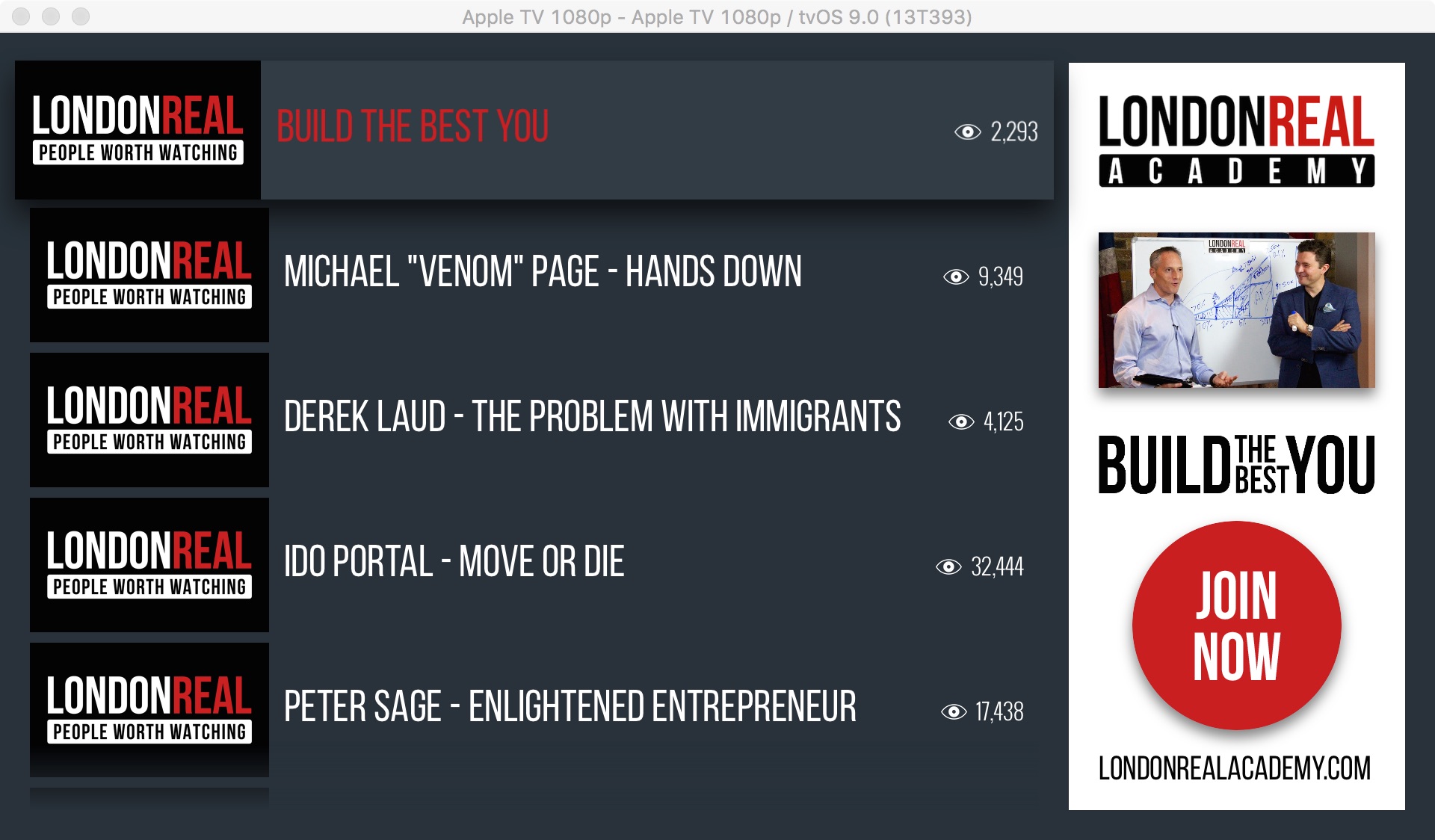 Should the app run out of data while playing, it will pause and indicate why it did so. The user just needs to press Play to continue watching: 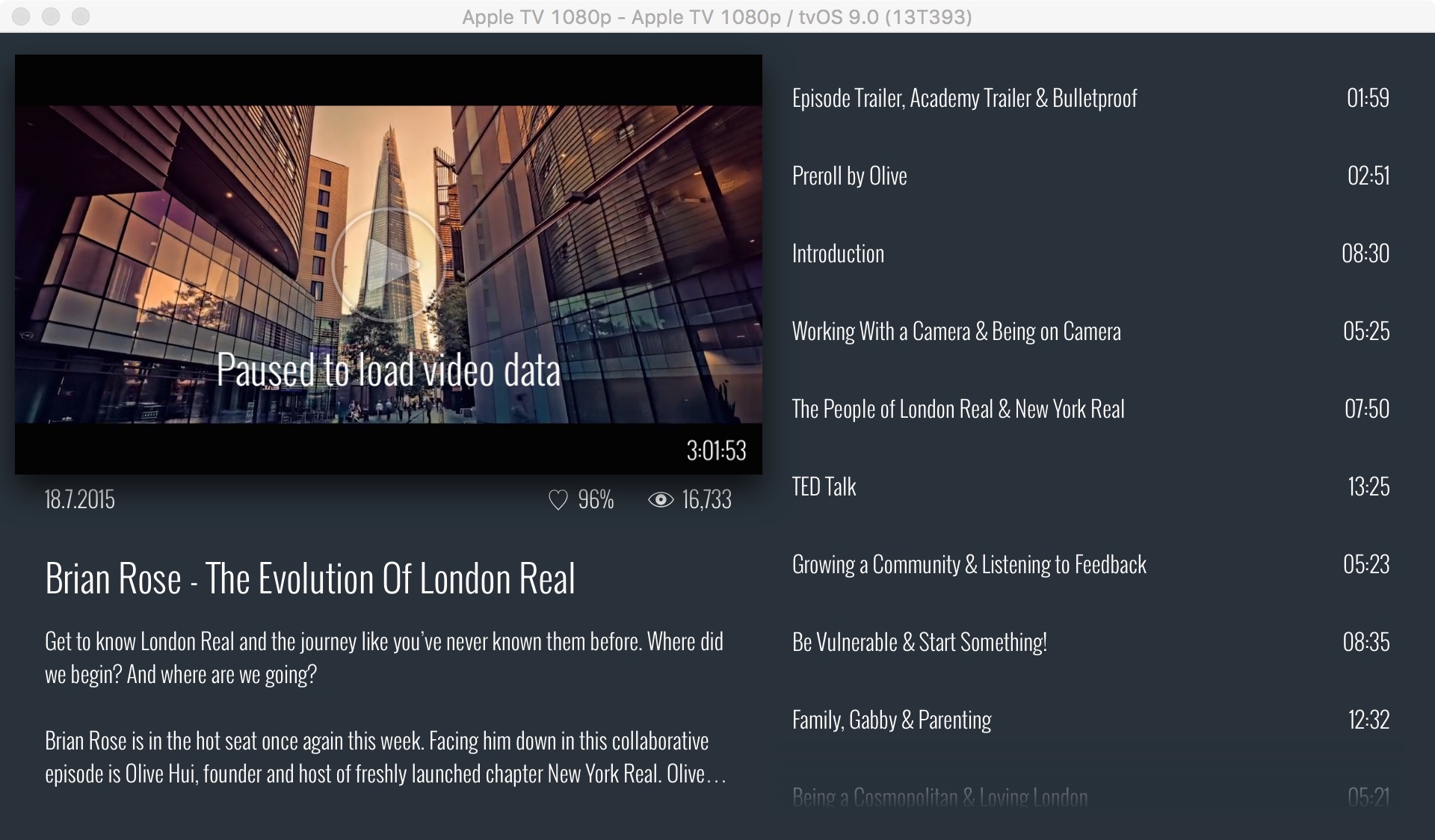 Watch the video below to see the latest version and its animations in action. I also give a bit more context on the Apple TV interaction design:

As always, here is another snaphot of the project's Trello board: 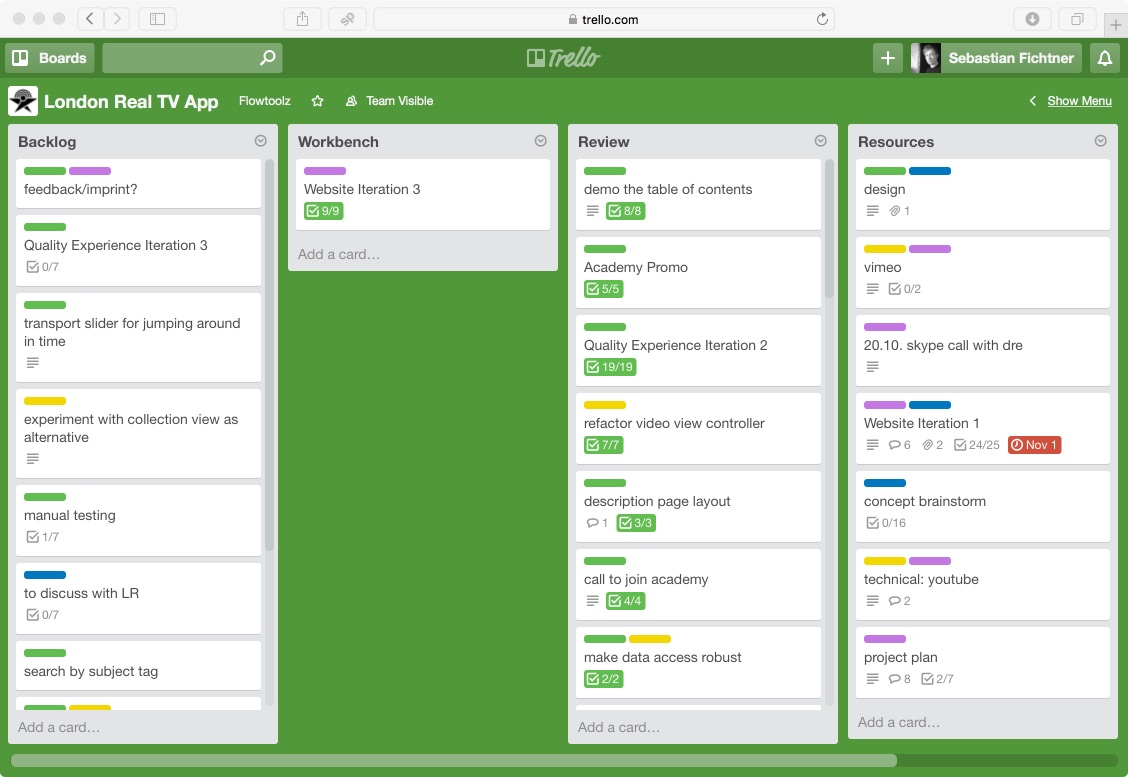 To approach the release quickly, we would ideally have a brief conversation on the following points, just to make sure everyone's on the same page and has all the information he needs:

Luckily I'll be in London from next Thursday noon 'til Sunday morning. Thanks for supporting this project and see you soon!